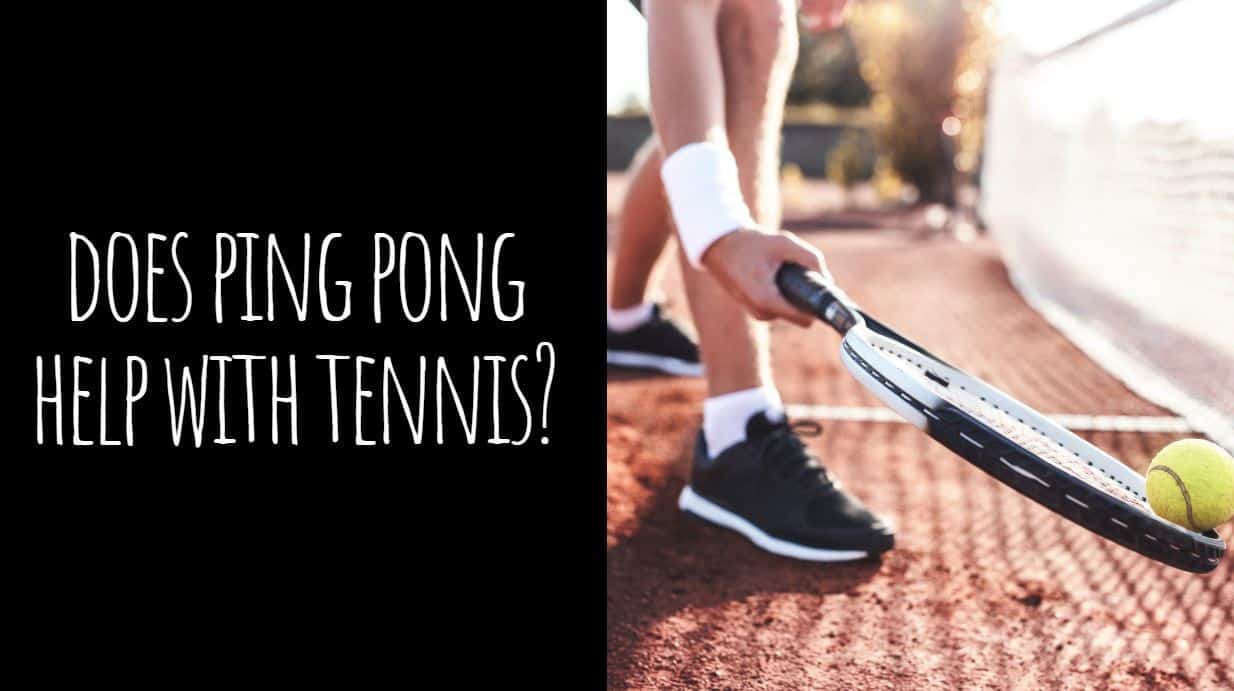 There’s no denying it: Ping Pong and tennis outwardly have a lot in common with each other. In fact, Ping Pong’s actual name is table tennis.

Many people have wondered if, because of their similarities, Ping Pong could be used as a way to train for tennis. We’ve done some research, and we’ll be answering the question, does Ping Pong help with tennis?

Use These Links to Navigate this Guide >>
Does Ping Pong Help with Tennis?
Mastering Both at the Same Time
Wrap Up

Does Ping Pong Help with Tennis?

So the answer to that question is yes and no at the same time. There are some skills Ping Pong could help you learn, and other tennis skills that you’d have to learn from playing tennis.

What they Have in Common

There are a handful of useful skills Ping Pong can teach you that transfer well to tennis. Hand-eye coordination is the first one.

Like with tennis, Ping Pong requires you to hit a fast-moving ball with a racket. You have to be aware of where your hands are and where the ball is moving at all times in the game.

Briefly put, hitting the ball with a spin means you use your racket or paddle to make the ball rotate while it’s moving through the air. It has a similar effect to throwing a curveball in baseball – it’s more difficult for your opponent to react to.

Read Also: How to Hit a Ping Pong Ball with Spin

Which Skills Differ Between Them

On the other hand, there are definitely some tennis skills that Ping Pong can’t teach you. These are things you’ll only be able to learn by actually practicing tennis.

Heightened endurance is something you’ll need for tennis. Instead of moving back and forth across a table, tennis needs you to be able to run across an entire court. You’ll find that you need to have much better stamina for a tennis match.

The pace of tennis is also a little bit slower than Ping Pong. Since the ball needs to go a shorter distance in Ping Pong, games can be lightning-fast.

Finally, the way you hit the ball in either game varies. With tennis, you have a ball that’s larger and a racket that’s also larger. This will require you to learn different strokes from those you would use to hit a Ping Pong ball.

Read Also: How to Get Better at Ping Pong

Mastering Both at the Same Time

While it is true that Ping Pong won’t give you all the skills necessary to become a master tennis player, there is at least one instance of someone becoming a champion in both.

That person is Fred Perry, a man from the early 1900’s who specialized in tennis and Ping Pong at the same time. In fact, he was a world champion tennis player who won three consecutive Wimbledon Championships.

Shortly before those championships, he was crowned the world champion of table tennis, as well. 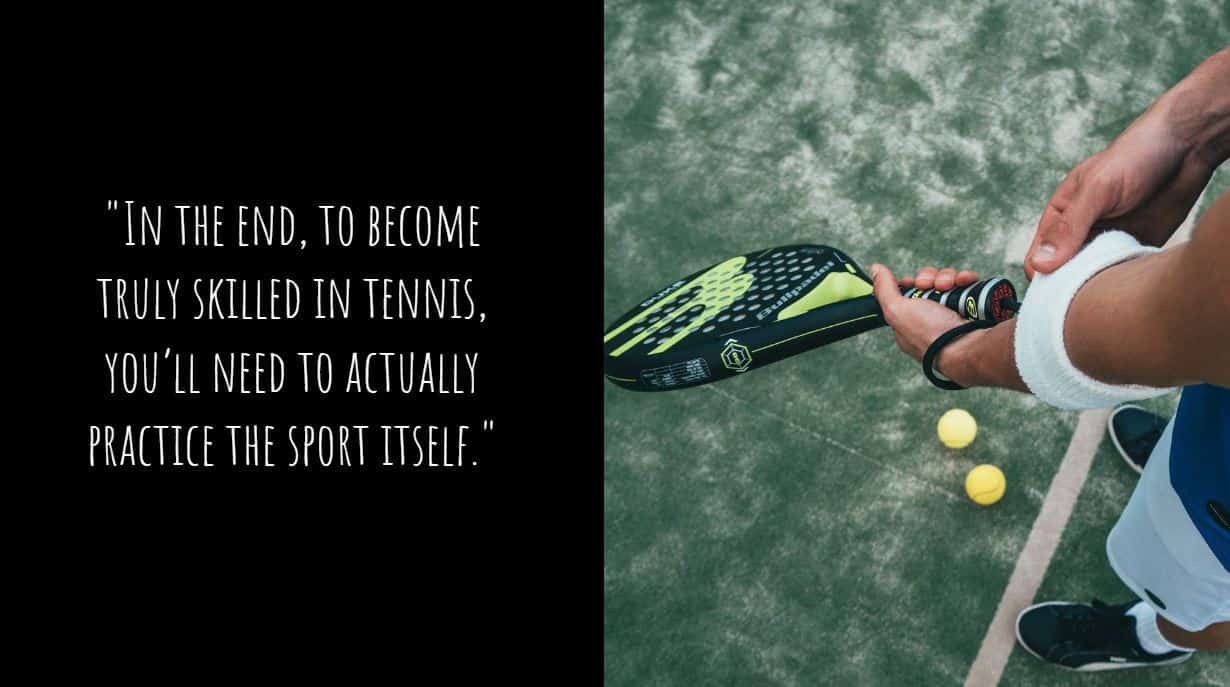 All of this begs the question: if you’re looking to become a tennis player, should you start at home with a Ping Pong table?

The answer to that is both yes and no. Ping Pong can certainly help you build some of the hand-eye coordination necessary to be a great tennis player.

However, being a great Ping Pong player doesn’t automatically mean you’ll start winning Wimbledon Championships like Fred Perry did. In the end, to become truly skilled in tennis, you’ll need to actually practice the sport itself.

This doesn’t mean that you shouldn’t learn to enjoy Ping Pong on its own merits, though. Ping Pong is a beloved game worldwide with good reason.