Are you trying to figure out how to keep score in ping pong? Then you've come to the right place. We've broken down the process into 6 easy steps that you can follow. 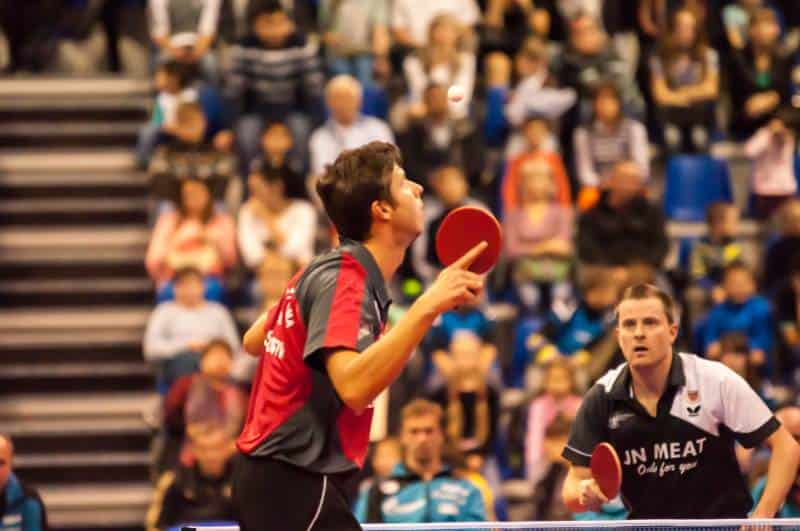 Before starting a game of ping pong you need to make sure that you know if the match is going to be the best of five or seven games. While any odd number of games can be used to create a match, these are the most commonly used. Note on the score sheet how many games will be played, as well as which player will serve first.

Both players start the game with 0 points and then is given a chance to serve until there are two points scored for the game. After these points are scored, then the other player serves and the two players take turns.

Players need to reach 11 points to win the game, but if both players have the same score or are one point apart, then the game continues. Ping pong games will continue to be played until there is a two point margin between the players once one player has reached 11 points.

Players earn points every time the ball is put into play, not just when they are in charge of serving. This can be a difficult rule for some players, especially those used to playing volleyball, to remember.

Additionally, the edges of the table are considered a part of the surface for playing and scoring, but the sides are not.

How to Gain a Point

There are a few ways to gain a point when playing ping pong. When an opponent does the following things, then you will earn a point:

How to Lose a Point

It’s easy to accidentally forget who is supposed to be serving during a game, but checking the point values is a great way to remember whose turn it is. Since players switch turns serving every time two points are scored, it’s easy to keep track.

Once the score is past 10-all, then it’s significantly easier to remember who is supposed to be serving. The original server at the start of the game will always serve when the points are equal, such as 10-all, 11-all, or 12-all, but when the scores are different, then the player who originally received will serve.

The player who wins more than half of all games played during the match is the overall winner. This means that out of five games, a player must win three to win. Out of seven games, the player must win five to win the entire match. Since matches can vary with how many games they contain, players must pay attention to how many games must be won to take the whole match.

When you understand the rules of ping pong and how to score in this game, then you will be able to better enjoy playing. No matter if you keep score on paper or use an electronic scorer, you will find that this fun game is even more enjoyable when you play with a real score.