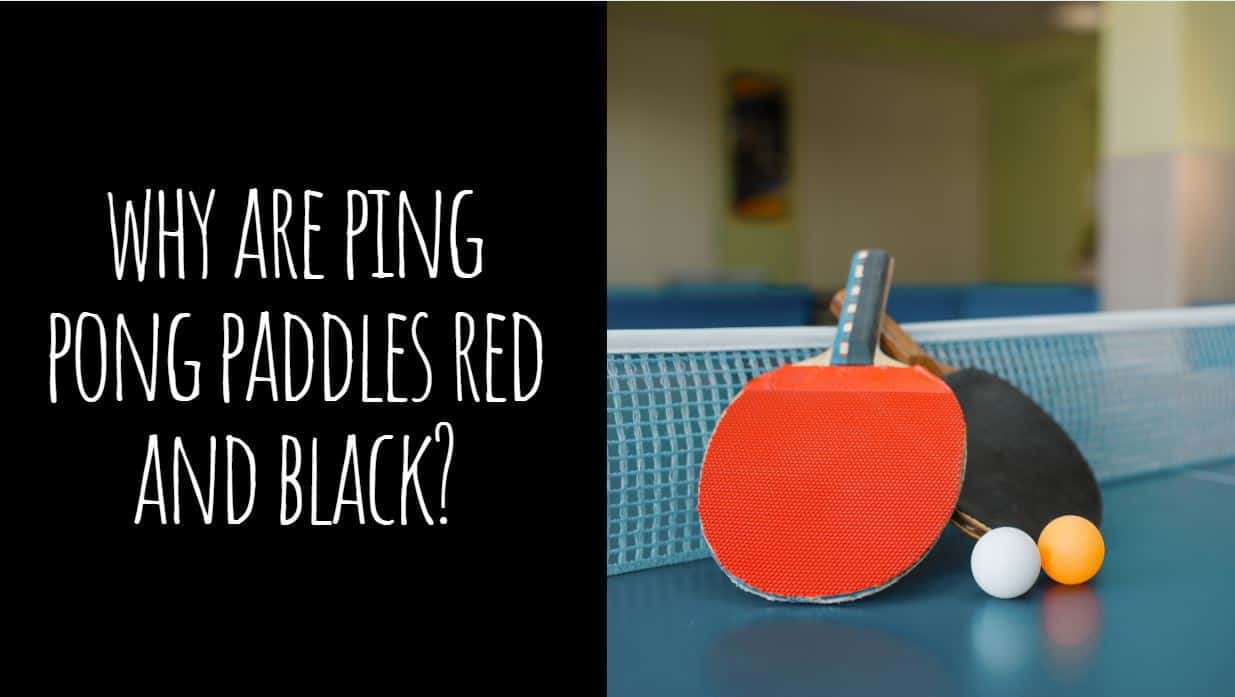 At a glance, Ping Pong is deceptively simply. You could be forgiven if you assumed that all there is to it is hitting a ball back and forth across a table.

The truth is, decades of thought and design have gone into every single element of the game. The table, the ball, the net, and the paddles are all created a certain way for reasons that are well thought out.

The colors on the paddle are no exception to the rule. If you’ve ever looked at one, you may have noticed that one side is red and the other is black.

In this post, we’re going to examine the topic of why ping pong paddles are red and black. Like most other things in Ping Pong, there’s a reason and a story behind this color choice.

The History of Paddles (and Cheating)

The rubbers on a Ping Pong paddle weren’t always red and black. Back in the day, it was acceptable for players to have rubbers that were in a number of colors, but there was a problem with this.

That problem is called twiddling. When a player twiddles a paddle, it means they’re rotating it so that they hit the ball with one particular side as opposed to the other.

Why was this a problem? Well, different-colored rubbers often have different strategic uses. Many people feel, for instance, that the red side allows you to make the ball go faster and that black rubbers are better for giving the ball a spin.

The colors themselves may not be causing these strategic differences. However, it is certainly true that the paddles generally have playability that varies based on which side you’re using.

When the ITTF (International Table Tennis Foundation) didn’t require people to use red and black paddles, players would oftentimes have paddles that were close to the same color on each side. That way, their opponent couldn’t tell for sure which side they were using, and respond to the strategy accordingly.

It’s like playing chess in a match where you’re not able to see which pieces your opponent moves.

Playing blind like this obviously made the strategy involved in Ping Pong that much more difficult.

Why Ping Pong Paddles are Red and Black

In short, the ITTF made it a rule that players must use paddles that are red on one side and black on the other to prevent cheating.

Red and black are two completely different colors. When you flip sides, your opponent will have no problem anticipating what kind of strategy you’re going to use. That's because they can see your color clearly.

While this may sound like a disadvantage, it’s actually a good thing. Ping Pong involves a stunning amount of strategy. Being able to respond to your opponent based on which side of the paddle they’re using is just a small part of it.

Read Also: Why is Ping Pong an Olympic Sport? 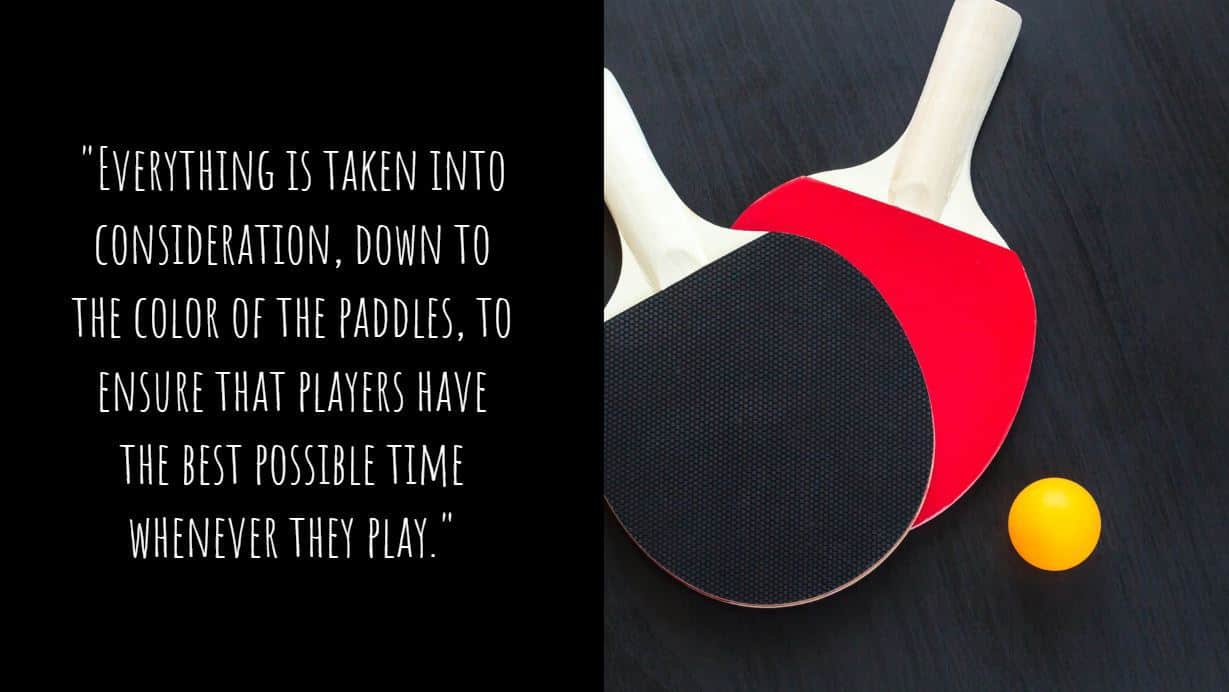 Ping Pong has existed since the late nineteenth century. Over all this time, it’s evolved into a meaningful game where every aspect has some kind of significance.

This careful design is just one of the reasons why it’s so popular. Everything is taken into consideration, down to the color of the paddles, to ensure that players have the best possible time whenever they play.