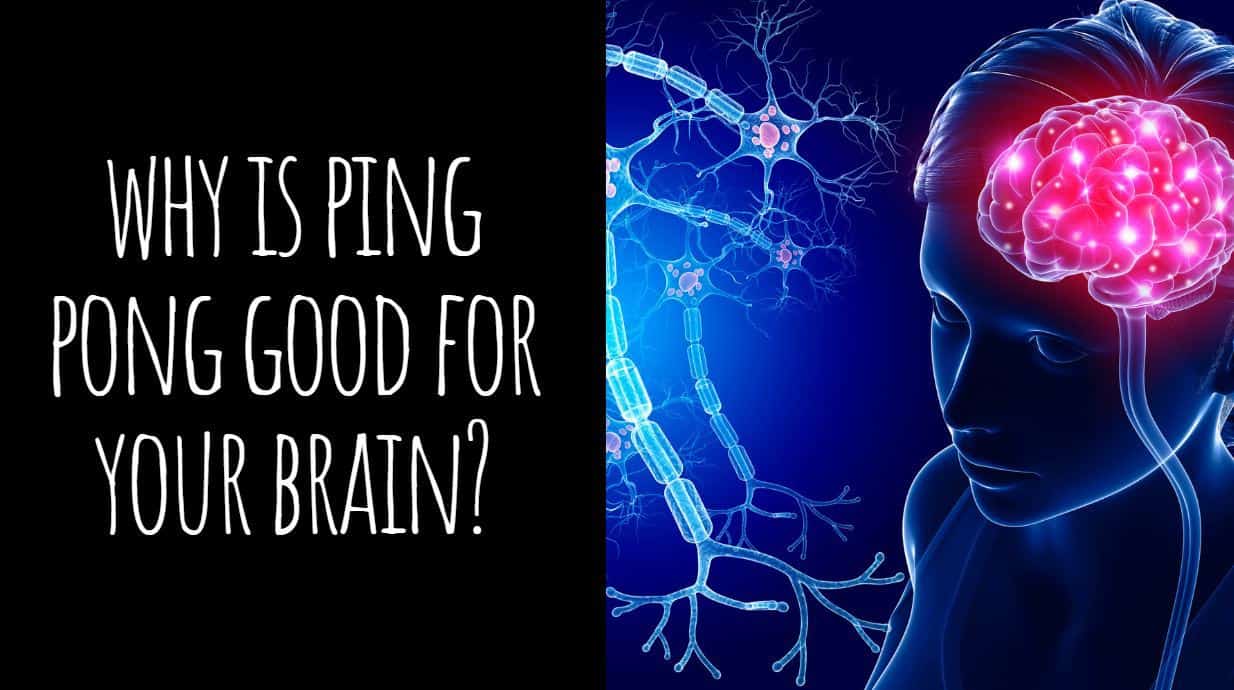 When someone says they’re going to get exercise, the first thing you picture probably isn’t Ping Pong. Instead, you probably imagine something like jogging or biking.

But did you know that Ping Pong actually has a lot of physical and mental benefits? In fact, some experts call it “the brain sport,” because Ping Pong is good for your brain.

Don’t believe us? We’ll show you a few of the greatest benefits your brain gets out of a good old game of Ping Pong.

It sharpens your hand-eye coordination.

This is pretty obvious, but one of the first things Ping Pong does is sharpen your hand-eye coordination. That’s because you stimulate your motor cortex and cerebellum whenever you bring out the tennis court-like table.

By nature, Ping Pong is a fast-paced game. You need to move quickly, otherwise you give your opponent the advantage (and likely condemn yourself to losing).

You have to think about your strategy.

You might not think so at first, but Ping Pong actually involves a surprising amount of strategy. You need to anticipate where the ball is going to go, and how you’re going to throw your opponent off balance.

Get too repetitive, and the game becomes stale. It takes a lot of thinking on your feet throw your opponent that curveball that bags you a victory.

This kind of thinking wakes up your prefrontal cortex, which is the part of your brain used for strategy. Some Ping Pong players compare it to Chess for that very reason.

In an energetic game, Ping Pong players can burn a lot of calories and work up a surprising amount of sweat. This intense strain on your body not only gets you physically in shape, but it energizes your hippocampus, which is the part of your brain that controls your emotion and memory.

We’re not medical professionals, so we won’t theorize about what the long-term benefits of this could be. But you’ve probably heard the expression, “use it or lose it,” so we think that using your brain in a good workout is just as important as giving your body a workout.

Playing can improve your mood. 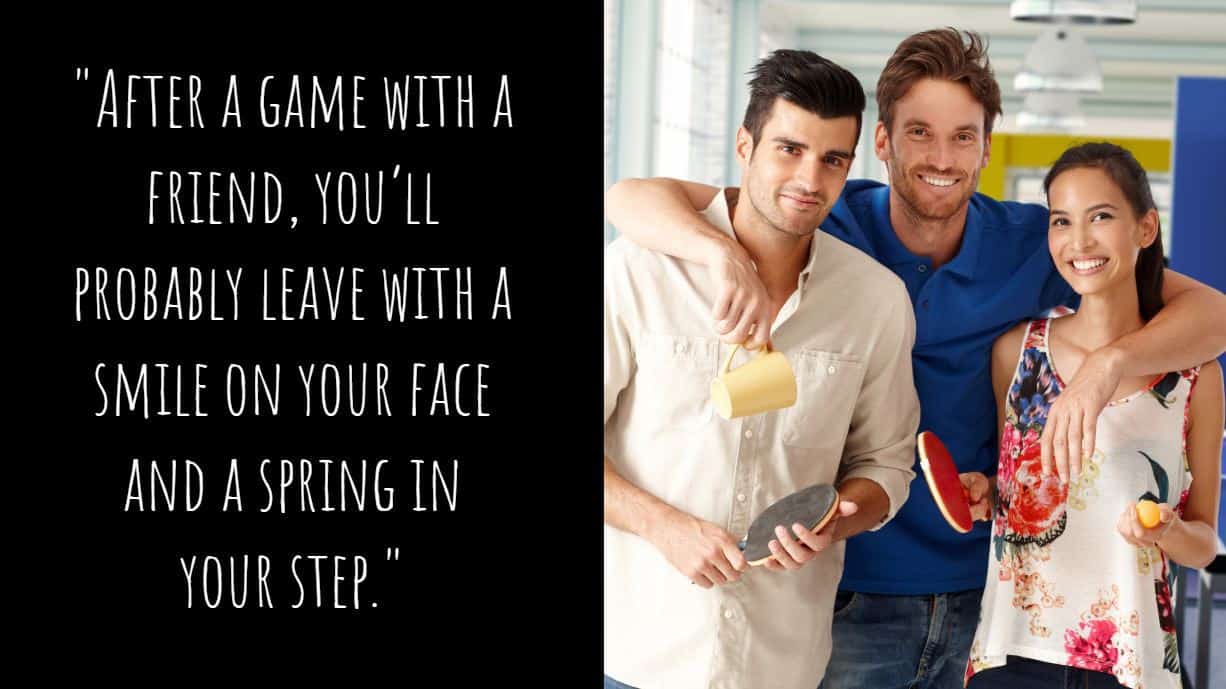 Your emotional health is incredibly important. This is an aspect that many people don’t think about too much in their day-to-day lives.

Fortunately, it’s also an aspect that Ping Pong enhances. Because you have to play with another person, you can use it as an opportunity to socialize with your friends or family.

Humans are social creatures. After a game with a friend, you’ll probably leave with a smile on your face and a spring in your step.

But as an added bonus, the exercise involved also serves to get you grinning. That’s because your body releases endorphins while you exercise, which give you a light and positive feeling.

Endorphins are why so many people become addicted to physical exercise. The same concept can be transferred to Ping Pong, which can also turn into a pretty solid workout in a more intense match.

Exercising your brain doesn’t have to be boring or something you absolutely dread. With the right methods, you can even combine physical and mental exercise, so you kill two birds with one stone.

Ping Pong is the perfect way to do this. Play with your family or friends, and you’ll get in some socialization while you break a sweat.

The entire time you play, your brain will work, too, as you contemplate different strategies to win.