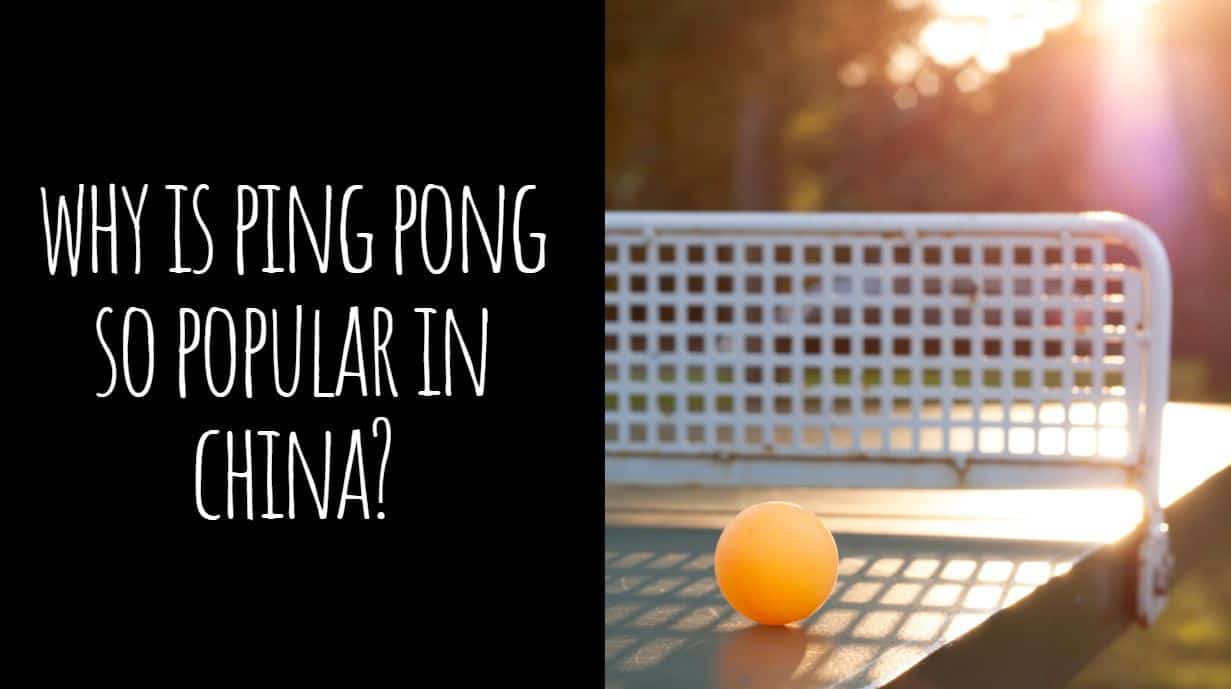 Ask anyone to name as many tabletop games as they can. We’re willing to bet that one of the first ones out of their mouth is Ping Pong, and with good reason.

Ping Pong has been around for a long time – for over a century, actually. In its long lifespan, it’s had plenty of time to spread and rise in popularity.

But Ping Pong has enjoyed a meteoric rise to fame in one particular country: China.

So, why is Ping Pong so popular in China? We’ll be exploring the answer to that question in this article.

Why Ping Pong is Popular in China

It doesn’t take up a lot of space.

That being said, when you’ve got so many people, you don’t have as much room. It doesn’t help that much of China’s topography is dotted with steep mountains, which aren’t exactly good places to build.

In short, there’s not a lot of available space for giant stadiums or tennis courts. Ping Pong is a sport that only needs enough room for a table.

A single table is much easier to accommodate.

While China as a whole hasn’t officially declared Ping Pong as its national sport, it’s so popular, that many people think of it that way.

This might be due largely to the Ping Pong diplomacy that occurred during the early 1970’s, when the United States and China exchanged Ping Pong players.

Because of the immense diplomatic success resulting from this exchange, the exact same strategy has been used in other relations.

Playing Ping Pong allows China to bond with other countries.

Perhaps one of the greatest reasons for the popularity of Ping Pong in China is how it allows the country to build relationships with others.

Ping Pong diplomacy aside, the game is also an Olympic sport. Chinese Ping Pong players are able to use their skills to make their home country proud and meet players from all around the world.

Even on a much more personal level, Ping Pong is something that the average person knows about. It has enthusiasts internationally, allowing communities to form around the game.

Chinese Ping Pong players have gotten a lot of publicity.

In China, a highly skilled Ping Pong player is often treated like star athletes in the United States. They get a large amount of fame and a loyal following that cheers them on at public matches.

Fame is a powerful motivator. Just think about all the athletes in the US who strive to become the best in their own sport, dreaming of a stadium filled with fans in the future.

With that kind of reward, it’s easy to see why so many people train rigorously to become elite Ping Pong players in China.

At a glance, Ping Pong’s popularity in China might seem like a complete mystery. But with a closer look, you can see that there a few reasons why it has so many devoted Chinese fans.

Ping Pong doesn’t take up much space, China can use it to form relations with the world, and successful players earn a lot of respect in the community.

Personally, we think Ping Pong should be more popular everywhere, because it’s excellent for your health. Some experts have even called it “the brain sport” because it’s so good for your brain!

Want to know where you can buy your own Ping Pong table? Read this guide to find out several buying options.

You can also find out where to buy ping pong balls here.